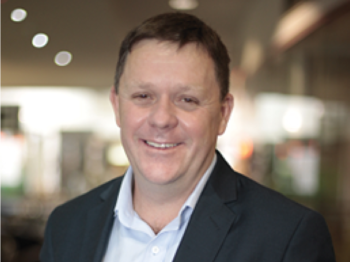 Ross Piper is the Chief Operating Officer at World Vision Australia.  He has over 20 years of leadership and management experience in corporate and non-profit contexts, with a strong track record of effective organisational leadership in complex operating environments. His industry experience includes mining, investment banking and international development.

Prior to Ross’ appointment as Chief Operating Officer in October 2015, he was based in Cyprus as the Senior Director of Operations for World Vision in the Middle East and Eastern Europe Region. In this role, Ross provided operational oversight and direction for World Vision’s activities across thirteen countries in the region, along with leadership of a regional team of programming, technical and support functions. Ross was also engaged with World Vision’s Syria crisis response, which was led out of the MEER office. He also worked with World Vision at one stage earlier in his career, serving in the role of National Director for World Vision in Serbia and Montenegro for over three years in the aftermath of the Kosovo crisis.

Ross has also held a number of positions in the corporate sector during his career. He was Head of Corporate Risk for investment bank at the Macquarie Group for several years, and in this role led a global team providing oversight and direction for all non-financial aspects of risk management across Macquarie’s global operations.  Ross’ early professional experience was gained in the mining sector, where he worked in several roles focused on Native Title negotiations, corporate/community engagement, Indigenous business development and social impact assessment. He has served on several boards and governing bodies, including six years as a Board Member and Board Chair of AgroInvest Foundation, a microfinance institution serving rural families in Serbia and Montenegro, and Steering Group membership for Gumala Mirnuwarni, an education initiative aimed at improving the educational outcomes for Indigenous students in remote North-Western Australia.