The Selection Committee will select winners from a range of different categories and sectors to showcase examples of best practice, and provide inspiration for other companies in the region and further afield to adopt shared value practices. 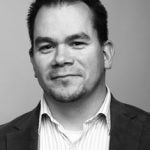 Steve is a corporate advisor with consultancy expertise in licence to operate, social licence to operate, brand building and re-positioning, influencer programming and organisational design. Steve enjoys providing counsel and advice to organisations across the technology, health, infrastructure, financial services and not-for-profit sectors.

Steve is the former CEO of Edelman in Australia leading an award-winning team and being an advocate of improving trust between stakeholders, shareholders and citizens to improve overall business and government outcomes.

Prior to moving to Australia, Steve lived in the UK where he was COO of Edelman UK & Ireland, leading the day-to-day operations of over 600 staff across three offices.

Steve studied economics at the London School of Economics and enjoys nothing more than combining his passions in economics, anthropology and science to drive genuine engagement, improve trust and create shared value. 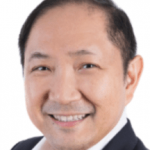 Philo’s work has included advising The Hong Kong Jockey Club Charities Trust on its inaugural Philanthropy for Better Cities Forum; convening a forum with the Rockefeller Foundation to grow impact investment in Asia; and hosting a Foundation Philanthropy Roundtable.

He has co-authored two publications Mind the Gap: Lessons and Findings from EngageHK and Adopting the London Principles: Policy Considerations to Grow Impact Investing in HK, has been citied in books such as Problem Solving: HBS Alumni Making a Difference in the World (2019) and The Power of Impact Investing, and is an advisory board member for the Stanford Social Innovation Review and Alliance magazine.

A former investment banker with Goldman Sachs and Citibank, Philo holds Masters from Harvard Business School and Harvard Kennedy School. His voluntary posts include being advisor to Social Ventures HK and the Sustainable Finance Initiative. 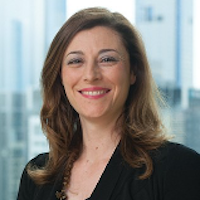 Liza is a chemical engineer with postgraduate qualifications in energy and resources law, she is a Fellow of the Institution of Engineers Australia (a Chartered Professional Engineer) and is a senior fellow of the Melbourne School of Engineering. Liza also holds a range of governance positions on external boards and professional bodies. 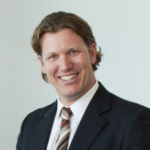 Ramana has a long career in sustainability and shared value. He established the Corporate Responsibility function at Vodafone Australia in 2003 and led environmental practice across 26 countries for Vodafone Group during two secondments as the Group Environment Manager, based in the UK.

Ramana then transitioned across to the property industry where he worked with Stockland for more than 5 years. He led a team responsible for an integrated sustainability strategy and the introduction of shared value across commercial property, residential development and retirement living.

He joined IAG in mid 2014 as the Head of Group Shared Value and now leads a team within Group Strategy that is responsible for developing and executing IAG’s organisational wide shared value activity. 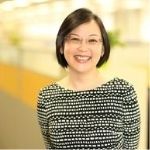 Mrs Patricia Lau recently joined The Education University of Hong Kong (EdUHK) as the Director of the Alumni Affairs and Development Office.  Her major responsibilities are to set strategic priorities, manage and deliver EdUHK’s fundraising and alumni engagement programmes.  She is also the Secretary-General of The EdUHK Foundation.

Mrs Lau has over 30 years of senior management and consulting experience.  She was the Deputy Commissioner for Efficiency at the Efficiency Office in the Innovation and Technology Bureau of the HKSAR Government.  Whilst in the government, she was responsible for leading initiatives regarding social innovation, design thinking and cross-government operations such as the 1823 contact centre and Youth Portal.  In particular, Mrs Lau established and led the Secretariat in support of the $500 million Social Innovation and Entrepreneurship Development Fund (SIE Fund) Task Force under the Commission on Poverty. Together with the Task Force, Mrs Lau reached out to many non-government organisations, family or corporate foundations and business executives who shared similar aspirations in tackling poverty related issues in Hong Kong. She advocated multi-disciplinary and cross sector collaborations in solving social issues and creating shared value in the business sector.

Prior to joining the Government, Mrs Lau was the Managing Consultant and Head of Public Sector in PA Consulting Group and before that, a Director in PwC Consulting. 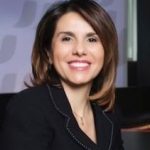 Sandra joined Nestlé in 1988 as part of the ‘Business Trainees’ program in Nestlé Ecuador. She developed in different finance and marketing roles mainly in the Cocoa Export department and the Confectionery division. In 2001, she transferred to Switzerland for the Confectionery

In 2010, Sandra was appointed President and CEO of Nestlé Venezuela, where she delivered outstanding results in a highly complex and volatile environment. In 2012, appointed as Head of the Confectionery Strategy Business in Nestlé headquarters in Vevey, Switzerland, responsible for chocolate, biscuits and sugar, globally.

Born in Ecuador in 1964, Sandra graduated from the Polytechnic School of the Army, where she received the title of Commercial Engineer and completed studies in Computer Sciences. Sandra has attended various IMD Executives programs in Switzerland: Advanced Corporate Strategy and AEDP (Accelerated Executive Development Program).

Sandra is married, has three children and speaks Spanish, English and French. 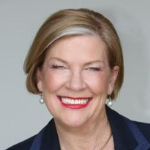 Ann is one of Australia’s leading business executives with a career that spans Government, Banking and Cruise Tourism.

Beginning working life as a Radiographer, Ann became First Assistant Secretary of the Office of the Status of Women in Canberra before moving to the banking sector initially in HR roles, then in CEO roles with Westpac NZ and the Bank of Melbourne.

The Australian Government awarded Ann the Centenary Medal in 2001 and in 2004 she was awarded an Order of Australia. In 2015, Ann was named as the overall winner of the Australian Financial Review 100 Women of Influence Award.

Ann devotes considerable energy to her passion for women’s rights (currently as convenor of the MCC STEM group), supporting opportunity for Indigenous communities, personal philanthropy and support of the arts.

Peter is Deputy Chair of AIA Australia Limited and Chair of Colonial Mutual Life Assurance Society Limited, a Director of Linfox Australia Pty Ltd and Mutual Trust Pty Ltd.  He is Chairman of the Royal Institution of Australia, the Australian Science Media Centre, the Faculty of Business and Economics at Melbourne University, the Royal Children’s Hospital Foundation, the Shared Value Project and the NHMRC Centre for Personalised Immunology at ANU and the Australian Research Council Centre of Excellence for Quantum Computation and Communication Technology at UNSW.

From 2004-2007 Peter was Managing Director of Oceania Capital Partners and held the position of Chief Executive Officer of Publishing and Broadcasting Limited from 2001-2004.  Until 2001, he worked in the Investment Banking industry including 15 years with Macquarie Bank.  He holds a Doctorate of the University from Murdoch University, a Masters degree from Stanford University Graduate School of Business and a Commerce degree from University of Melbourne.  He speaks Japanese, having studied at Keio University in Tokyo.

In the June 2011 Queen’s Birthday Honours, Peter was awarded a Member of the Order of Australia for service to education, to the financial services industry and to a range of arts, science and charitable organisations and in 2017 was made a Fellow of the Australian Academy of Technology and Engineering (ATSE).  He has also recently been awarded the Australian Academy of Science Medal for 2019.